Thank you for visiting my site. I’m happy you stopped by.

In short: I’ve built a reputation as a journalist and writer over the last 20 years. It’s hard to believe I’ve been writing this long! My path has taken many twists and turns over my career, which is emblematic of the industry, I suppose. I’ve worked on staff and as a freelancer at many publications, including The Associated Press, New York Post, Rocky Mountain News, the Newark Star-Ledger’s Local News Service and others. My work has been featured in The New York Times, The Washington Post, Salon, The Week, and the Associated Press wire, which reaches more than half of the world’s population every day.

I've filed more than 1000 articles over the years, but on this site you'll find a selection of recently reported stories, news, book reviews, and personal stories. Right now I’m toiling away at my biggest project — and most important for me personally — which is a memoir based on some essays I wrote for The Washington Post.

I’d love to hear your comments or feedback. So, please say hi! 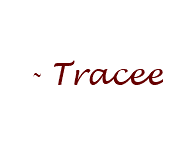